Alcazar on The US Elections 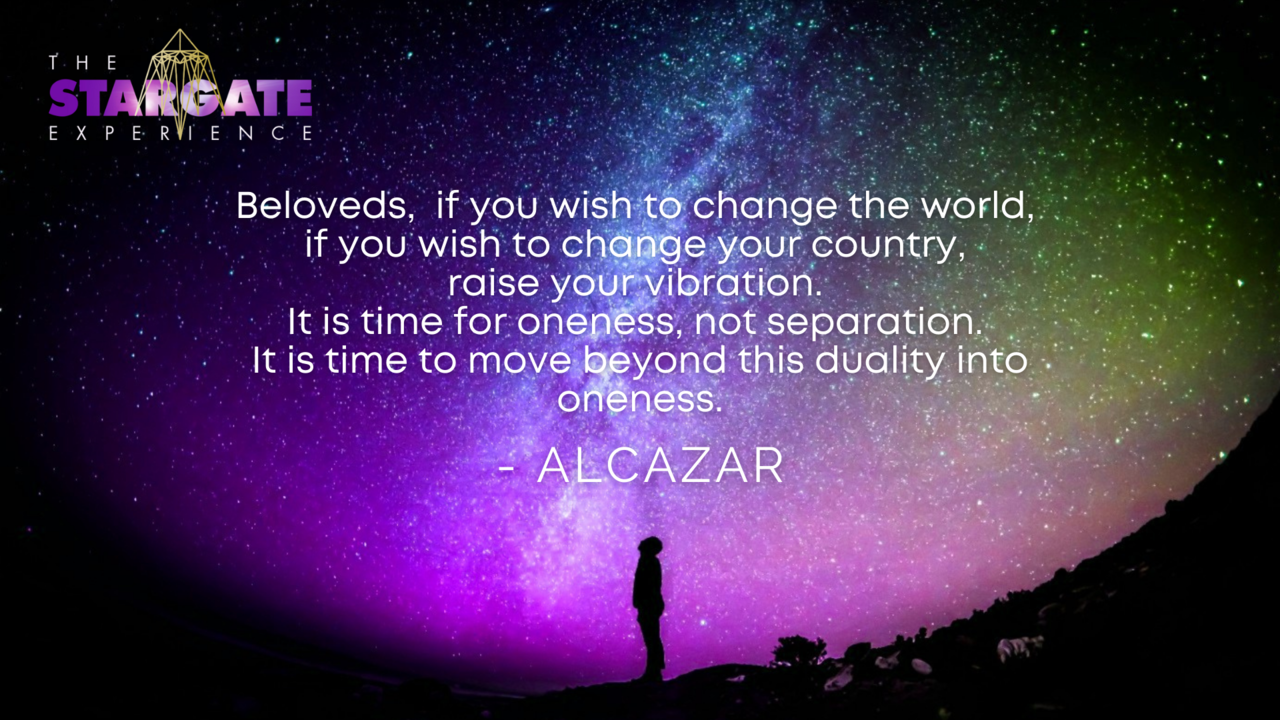 Lee Carrol invited Prageet with Alcazar to join an online event titled, "The New Normal" and offer a channeling about the elections. Below is the complete transcript and video which aired Nov. 1st, 2020.

As most of you are aware, your earth is suffering. Your forests are being depleted. Your air is being poisoned, as is your water. The soils are being poisoned and depleted. And yet those who are in control, your politicians, who are strongly influenced, to put it nicely, by the corporations, your politicians are not interested in truly creating change. Their interests are personal. There are very, very few individuals in your political system whose heart is about true change. Most of your politicians pay lip service to the critical issues, but continue in the old ways. And your societies decline. The support systems for your people.collapse. More and more are homeless, hungry. Those who are eating are eating foods with very little nutrition.

This your country of America, which is said to be one of the most powerful, if not the most powerful country in the world, is, for many people, a living nightmare. So this is the situation in your America right now. And so now an election is upon you. So what does this mean? You will be invited to go and vote for this person or that person. But who do you know? How do you choose? Is there a choice in reality?

Beloveds, if you wish to influence what is occurring in your country, in your America raise your vibration. Whether you put a tick in one box or another will not change anything. Yes, the faces will change. But the influences which truly affect what is occurring in your country, they will continue. If you look around right now, you can see. Separation is happening on a grand scale. People are being isolated from each other. We will say this. It is no accident, what is occurring with this so-called Covid19 virus. It is not an accident. It is creating separation. It is creating the opportunity of maintaining the status quo. Because in the past, the level of consciousness has not been very high. In your 2012, things started to change. Humanity's consciousness started to rise quite rapidly. And those who had their fingers on the controls, so to speak, could feel the resistance from those people awakening, could feel more and more people saying, "No, I do not want to live in a world of separation. I do not want to live where there are constant wars occurring. I do not want to support billions upon billions of dollars being spent on armaments when there are those living on the streets, when there are thousands hungry." [They could fee] this up-welling of, "No, it is time to change." And so consciousness started to raise. And those who are interested in maintaining the status quo had to do something. And you have now got a situation where people around the world are separating themselves even from their close relatives. There are people committing suicide out of aloneness and depression.

Beloveds, if you wish to change the world, if you wish to change your country, raise your vibration. It is time for oneness, not separation. It is time to move beyond this duality into oneness. The Stargate emphasizes oneness, bringing in the vibration of oneness. We have for many weeks created a series, a daily program, all about oneness supporting you. Thousands of you around the world bringing your energies together to elevate not only your own level of awareness, but supporting that planetarily, and it had a beautiful effect.

And so, Beloved ones, right now, where is your focus? Do you wish to focus on this party and condemn the other? Or this party and condemn this one? Can you not see that our political system is divisive? You watch your television and you see these parties attacking each other, focusing on the negative. How many political advertisements have you seen that have said. "This is a beautiful aspect of my opponent's plan?" No.

So what do you do? How do you influence? A good question.

For us, as we have said, it is time to raise your vibration. It is time to become more conscious. We are not here to say vote for this or vote for that. We would suggest if you choose to vote in these elections, with each candidate, take a moment. Tune in. Ask your Superconsciousness, your higher self. "What is the most appropriate choice to make here?" And then you move to the next. What is the most appropriate choice to make here? And follow the guidance of your Superconsciousness, the message that comes through your intuition. This is a strange way to vote. This we understand. But we would suggest that your Superconsciousness is aware of the national, the international. the global picture. Because what occurs in your America affects the whole world.

Your American system influences both visibly and perhaps more strongly, invisibly, what is occurring in the rest of the world. It is time to see the reality in which you live. It is time to see what is really being said, what is really being done. We have been talking with those who have followed our program, the Oasis of Oneness. We have been assisting you to feel the energy behind the words, to feel what is really being transmitted. Not in the context of the words, but the energetic behind them. What is the energy? When a politician talks to youu? What are they saying underneath? Are they just saying words to make you feel good? Or are they genuinely putting love and care into that which they are saying is their truth in their words. Similarly, when you are watching your television and you're watching the news broadcast, what is the energy behind the words? What is really being transmitted? Are they bringing you up in your awareness? Or are they pushing you down into depression, hopelessness? For this is what appears to be happening around your world.

So then what happens? People feel helpless, hopeless. They do not feel like they can change anything. And this creates an up-welling of frustration and anger. And then violence occurs. We can see from our perspective that the energetic that is already created, which is already being formed around your election and post election, there is being organized, nonviolent protest. It is already being organized, Beloved ones. For some of you, this might be very hard to hear. Raise your vibration. Start taking responsibility for your own actions. Start deeply meditating. It is time to change the vibration in your Earth, the vibration in your America. You can only do this by raising your vibration.

If you bring this together -- thousands of you -- your vibration will support those who are coming from a place of love and caring. You will support those individuals who will not be manipulated by the powers that be, who will stand up to what their conscience and consciousness tells them. They will indeed act on behalf of the people they represent. You can support them energetically. This is a long term process.

More and more people are turning to meditation. From our perspective, there is a great opportunity in these times, an opportunity to awaken, to see what is occurring in the world around you and to say, "I need to participate in change." Some of you will be drawn to assist in many ways. But all of you can assist by raising your consciousness, meditating. Find a system that works for you. Join the thousands of people meditating in the Stargate way, if this appeals to you. If not, find a technique, a method that allows you to move deeper into consciousness, to evolve your own self, to raise your vibration permanently. This is the key to change. This is the way. This is the only way humanity can evolve. Beloveds, it is a matter of survival. It is up to you.

In terms of your election, which we haven't talked much about, in terms of your election, follow your intuition person by person. Take your time. Listen. And follow you truth. We are Alcazar, in love with humanity. We hold the highest vision of what can occur here. Beloveds, it is time. It is time to be free. It is time to know thyself. It is time to claim your autonomy. It is time to bring your energy into oneness, into the whole, into that energetic which will truly bring this earth into the magical place it is designed to be. We are with you. We are here to support here. Enjoy the dance, the dance of awakening. We thank you. 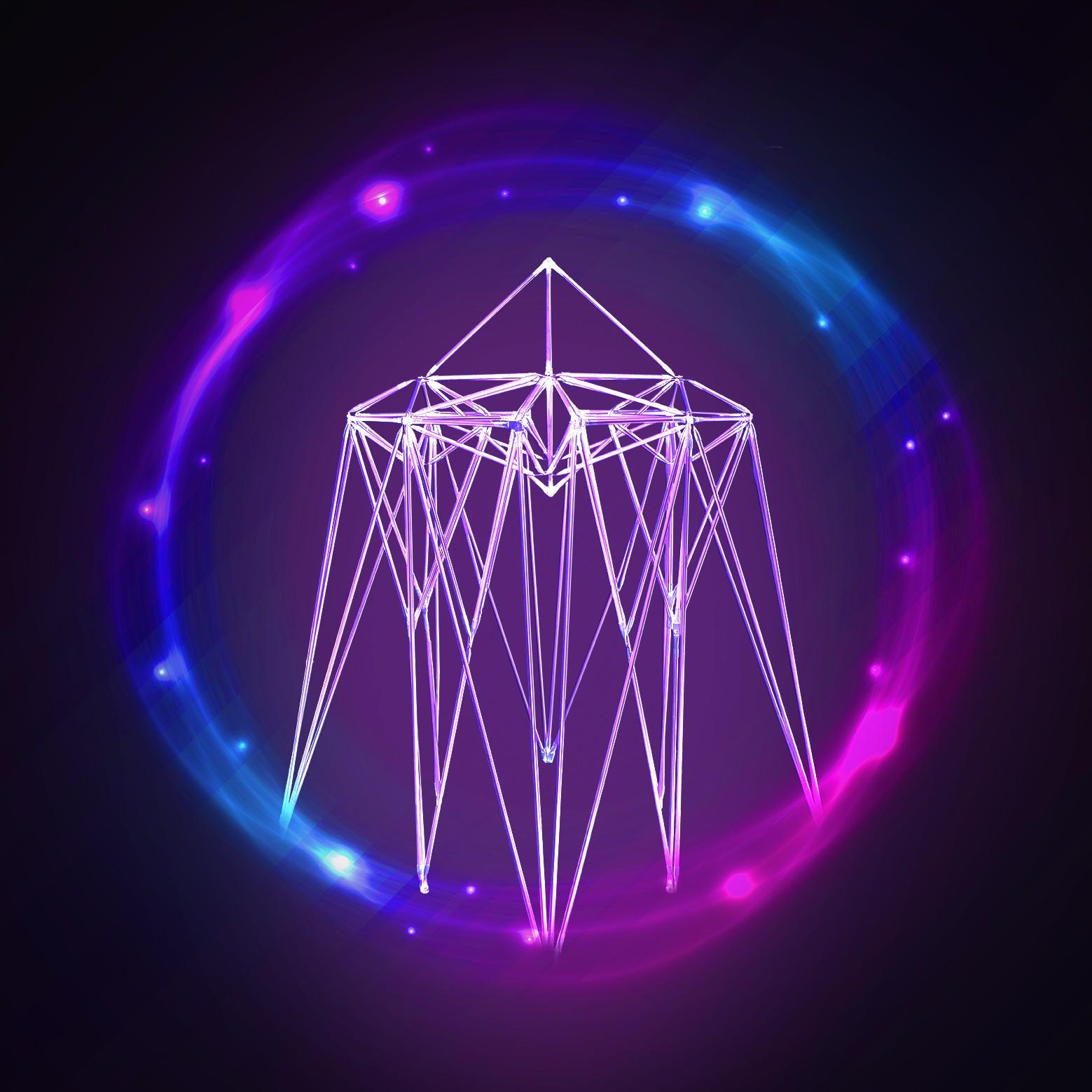